Our US and European centric campaign hinged upon one central notion: where most airlines give you miles, we give you time. Time to relax. Time to go on adventures. Time to get back to nature and to yourself.

We kicked everything off with a viral stunt where we surprised one unsuspecting Icelandair passenger with an incredible weekend stopover. An evocative OOH campaign. A stopover in the sky – The Hekla Aurora – an Icelandair Boeing 767 Northern Lights experience. A partnership with Uber, where we surprised passengers with complimentary tickets to Europe which included a free stopover in Iceland and a Summer pop-up hotel in a hundred-year-old lighthouse overlooking the black volcanic beaches of Vík í Myrdal.

Our campaign generated a lot of buzz worldwide, gaining exposure in over 50 international publications and earned 57.6 million impressions with a total media value of £1.94 million. 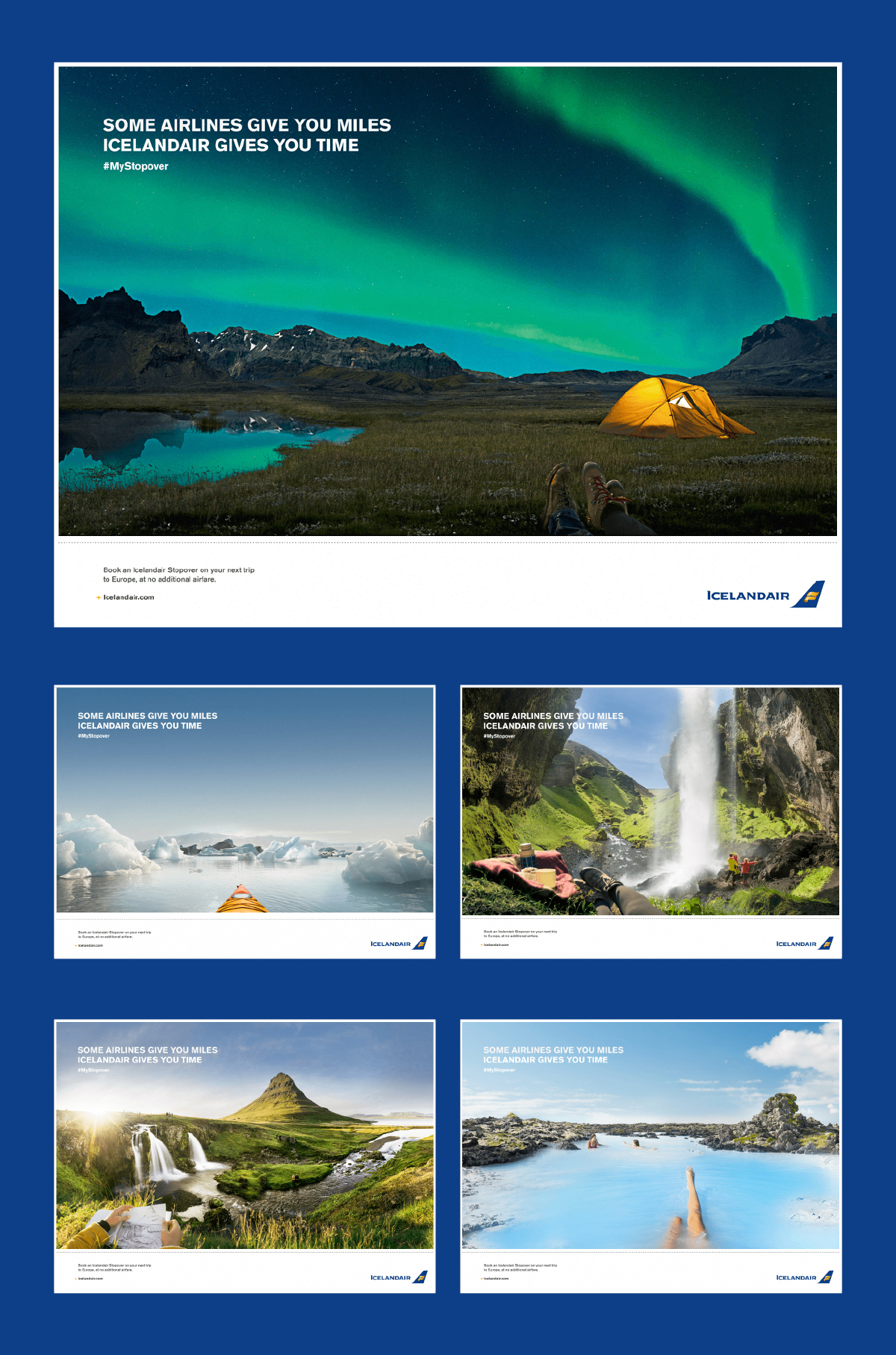 Stopover in the sky